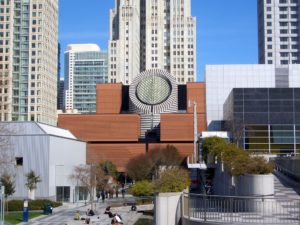 Summer of love in San Francisco

The summer of love was an occurrence in the 1967 summer that involved hundreds of thousands of people especially the young. It involved sporting the hippie fashion and behavior then converged in Haight-Ashbury, one of the San Francisco’s neighborhood. Sometimes referred to as flower children, the hippies were a diverse group. Most of them rejected the consumerist values and were always suspicious of the government. Most were thus interested in art or spiritual practices with only a few interested in politics.

You need to travel back in time to the 1950s and explore the Beats in order to understand how the hippies took over San Francisco. The beat museum is located on North beach and houses many ancient artifacts. They include photos and notebooks documenting the adventures of Jack Kerouac that resulted in his pioneering piece of art, ‘On the Road’. This creation has had a big influence among the youth who would initiate the hippie movement and stay at the frontline of the Summer of Love. Furthermore, it had an influence from Allen Ginsberg, a famous poet. He linked the hippies and the Beats through his activism and work. The museum has retained a calm atmosphere as it preserves history. Old hippies can be found selling tickets and narrating the olden days’ tales.

It was and is still a symbol of a countercultural movement in San Francisco. It was founded by Ferlinghetti Lawrence, a Beat poet. It is located on Columbus Avenue near the Beat Museum. Inside, you will find stacks of different materials from green politics to surrealist treaties. These are a true reflection of the hippies’ dream. For those who don’t prefer the bulky stuff, they can flip through the fiction section and choose branded merchandise instead.

The intersection at Ashbury and Haight was the focal point of the hippie movement in San Francisco. It began in 1964 and grew to its peak in 1967. It is commonly known as the Haight to most people in the city. Some of the biggest names on the scene such as Janis Joplin and Jefferson Airplane originated from the area. They facilitated the booming of the movement with young people flocking in to ‘drop out’.

It was the spot to go to in 1967 for hordes flocking the city. The site of the Human Be-In became the Polo fields in the park. 1967 saw large numbers of young people gather to witness the hippie pioneer Leary Timothy encourage them to ‘drop out’. In addition, they could see The Holding Company and Big Brother play their psychedelic rock. Currently, it is considered as an influential counterculture event, that started off the Summer of Love. Are you still looking for more information, check this your guide to summer in San Francisco which is for travelers.